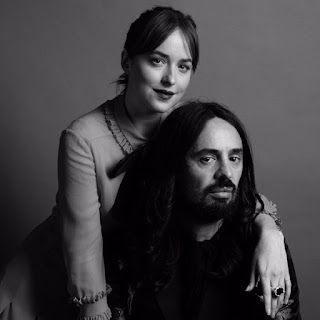 Finally its happening, Dakota became one of the new faces of Gucci 2017. For more information about her collobaration with the brad read below:

From fashionblog.it - Translated by us.

Joining Dakota Johnson, the current face of Gucci, and Petra Collins, a frequent model for the brand and the face of its Fall 2016 campaign, on a mystery project for Alessandro Michele.

Alessandro Michele has a knack for tapping the best talent for Gucci – from the likes of Florence Welch to septugenarian acting legend, Vanessa Redgrave. Today though, it’s been announced that Dazed favourites Hari Nef, Petra Collins and Dakota Johnson will be joining the Gucci gang in an as-yet-unknown new project.

The trans icon, prolific fashion photographer and Hollywood actress make a formidable trio. While Nef tirelessly advocates for trans rights alonside modelling and acting, Collins has gained attention for her female-centric photography which powerfully subverts the male gaze. As for Johnson, she’s set to star in a remake of the cult 70s Italian horror film Suspiria this year.

Actress #DakotaJohnson, part of a trio of contemporary women who will represent a new launch by #Gucci. #InBloom pic.twitter.com/YLQTr4DeIh
— gucci (@gucci) January 20, 2017 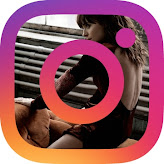 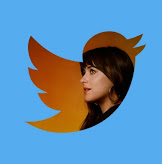 The Lost Daughter
Dakota as
US Release Date: Unknown

You Should Have Left - IMDb - Blog

How to Be Single - IMDb - Blog

In a Relationship - IMDb - Blog

All That Glitters - IMDb - Blog